“We’ve got freshly sliced oranges, strawberries, and kiwi for everyone to enjoy,” I announced as a crowd entered my workshop space. Today was the day. I glanced over the group of people in attendance. Sprawled out over cozy bean-bag chairs and couches, I saw both new and old faces. After taking a sip of water, I stood before the attendees to present my workshop on positivity and higher-thinking.

I saw beauty in all who showed up simply because they were open to these messages. As the discussion went on, I noticed one young man was extremely vocal yet equally receptive of what others had to say. His gestures were contemplative and hospitable. His hands alternated between being a rested place for his chin and moving about rapidly when it was his turn to speak. He never spoke out of turn. I soon learned that he was a Gemini and that his name was Jacob. I had never felt energy like this from someone before.

The workshop ended and my attendees set out to enjoy what was left of a bright, sunny day. I said goodbye to Jacob thinking I would never see him again but that is not how the universe works.

On August 21st of 2017, hundreds gathered on campus to view the Solar Eclipse. Everyone had just returned from summer break and the energy was high. “Here. Take my glasses,” someone said to me as I worked my way through the large crowd of people. I placed the glasses on my face and smiled as I took in the amazing sight.A firm tap on the shoulder brought me back to reality as I turned to find Jacob standing before me after four long months. Stunned, I hugged my long-lost friend and inquired about his Solar Eclipse experience. He was jovial as ever and I could tell he had elevated during our time apart. After wrapping up our reunion, he invited me to his place to look over his natal chart within the next couple of days.

The surprise I felt after running into Jacob on campus was nothing compared to the shock I felt after discovering how close we now lived to each other. Strange enough, Jacob and I had recently moved into different sections of the same house.

I climbed a mountain of steps one evening to bring Jacob information concerning his natal chart. I was greeted by his lovely girlfriend Jules and a comfy, yellow-themed apartment. Not knowing much about Jacob or Jules, I took special interest in their things, especially their musical instruments. “I didn’t know you played music, “I said pointing to their collection of guitars, pianos, and drums. I soon learned that music was not only Jacob’s passion, but his destiny.

“Music allows me to go into my own world and deal with things the way I want to deal with them,” Jacob told me,” I’ve always known that music was my destiny. I’ve always heard and created music based upon what I was feeling at the time. Music always highlighted important moments in my life.” He credited Kanye West’s Late Registration album as the work that shaped how he felt about music and how he emotionally put it into context. The Jacob I met at my workshop had reemerged. 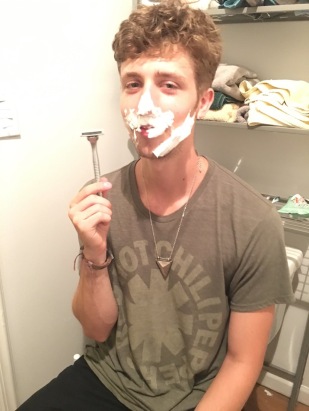 I felt inspired as we moved into the living room area to examine his natal chart. I decided to ask Jacob what actions he took when he felt discouraged. He cleared his throat and said he had a story to share with me. Jacob admitted that he had recently gone through a lengthy period of writer’s block. He worried that he had completely lost his inspiration, when one day he received a mysterious bank deposit from a music copyrighting corporation. The deposit was titled’ Episode Cue 1’. He soon discovered that one of his songs was selected to feature on an episode of MTV’s hit show Catfish. Jacob scrolled through the episode looking for the clip of his song. Soon, Jacob was delighted.

“A picture of the girl’s love interest came up and she started describing him by saying ‘Oh, he’s so sexy!’ then as soon as she said that, the song kicked in!” Jacob said excitedly, “That was the perfect place for it for me. It was so inspiring to see it was used exactly how I felt it. It ended up exactly where it originated in me. It was just confirmation.” I felt happy for him. His reaction to his blessing was authentic and humble.

The featured song was titled ‘Darling, My Love is Yours’. Jacob explained that the song was written based off of his younger feelings about love and how it made him feel. He said he urges everyone to think of the way we interpreted love as a child. “I want to bring those feelings back out of people,” he said. The sun had set creating a peaceful mix of orange and pink in the sky. I still wanted to know more about my new friends.

Jacob went on to explain to me that his mother had a “stellium” in the 12th house of her natal chart, which could elude to someone being highly psychic. He said she believed she had great discernment as opposed to actually having a supernatural gift. We chuckled over this for a bit before he swiftly turned serious. He went on the credit his spiritual background and religious upbringing as his biggest blessing in disguise. “My parents emerged from their religious upbringing with the most positive elements, “ he spoke confidently,” They helped me make a connection to a higher being that I still feel the presence of today, regardless of what it’s labeled as.” I realized in that moment that I Jacob was a mirror of myself. That is why his energy felt so familiar to me. That is why the universe kept providing us with connections to one another. The passion he had towards music was the same passion I had towards writing and exposing others to higher thinking. 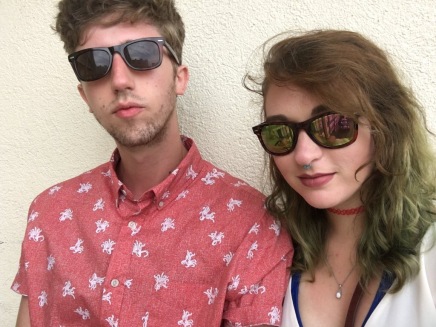 After a two-hour astro session, I decided it was time to retire to my own apartment downstairs. I bid Jacob farewell as Jules walked me out. I thanked Jules for her hospitality as the sunset served as her personal backdrop. “Jacob has a special energy,” I told her as I went to take my first step.

“He literally radiates positive energy. He someone who’s frequently inspired, “she explained, “In ten years, I see him exactly where he wants to be.”

“I agree,” I said flashing a sincere smile. That night I dreamt of the planets and becoming the best version of myself.